I spent the last two weeks with the family on holiday in Spain and then driving back through France, Switzerland, Germany and Belgium.

I expected the weather to be hot, so I planned some reading for lazing around. One of the books I took was Tender is the Night, which has been associated with hot beaches since I first read it on the rocks at Amroth at the age of 14/15. (Too young: I enjoyed it then, but I get more from it on mature re-reading.) 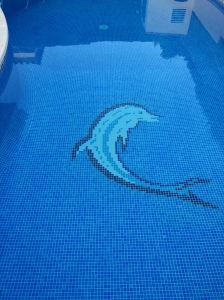 Whilst The Great Gatsby is usually cited as Fitzgerald’s masterpiece, I prefer Tender is the Night. It is a more mature work, and Fitzgerald digs deeper into the characters and their relationships (especially their relationships) than in the earlier book. Every time I read it, I find something new to learn.

This time, I found a throwaway line in an exchange between Dick Diver and his fellow psychiatrist and colleague Franz Gregorovius. They are discussing Dick’s desire to revise and republish his “A Psychology for Psychiatrists.” It is clear that Franz is less than keen:

I do not like these generalities. Soon you will be writing little books called ‘Deep Thoughts for the Layman,’ so simplified that they are positively guaranteed not to cause thinking.

Franz’s words made me think about the ‘deep thoughts’ expressed on Facebook and Twitter. Too many of them appear to be designed to suppress curiosity — they are deliberately simplified and sanitised to avoid causing offence (and so thinking).

I don’t think Franz is opposed to simplification itself — expressing ideas simply can be a way of stimulating  reflection. That is one characteristic of good poetry, for example. As R.P. Blackmur put it:

The art of poetry is amply distinguished from the manufacture of verse by the animating presence of a fresh idiom. Language so twisted and posed in a form that it not only expresses the matter in hand, but adds to the stock of available reality.

Fitzgerald knows this — he found the title for his book in a Keats poem, after all. But since his time trite and simplistic ideas have become commonplace. My post-holiday resolution is to try and avoid the wrong kind of simplification and to turn my back on things that are “positively guaranteed not to cause thinking.”

1 thought on “Writing to stimulate”