I have been known to suggest that law firms might benefit from a shift away from the partnership model. I am broadly sympathetic to Bruce MacEwen’s critique of this form of ownership in an environment of change. In particular, the collegiate nature of partnership can make it hard for law firm leaders to assert unambiguous authority, as Laura Empson’s research has shown. However, there are some recent indications that the legal partnership still has much to offer. 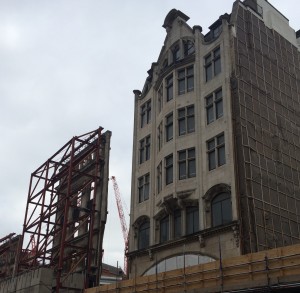 Notwithstanding the doom-laden prognostications from a variety of directions (including an assertion that 75% of the current UK 200 law firms could disappear in the next five years), legal partnerships appear to be very resilient. Surprisingly few large firms failed during the financial crisis. There have been failures and those added to mergers and other closures have contributed to a reduction in the number of law firms overall. According to the Law Society’s figures, there has been a fall in the number of firms every year for the last four years — going from a peak of 10,413 in 2010 down to 9,542 in 2014. At the same time, the number of solicitors employed in those firms has gone from 86,748 to 90,306 (the majority of that increase occured in the last year reported).

More evidence of the resilience of traditional law firms came at the end of last week in a report published by Jomati Consultants: Re-engineering Legal Services: How traditional law firms are finally learning to embrace alternative working practices. (I don’t have a copy of the report itself, so I am relying on vicarious accounts of it from Legal Futures and Legal IT Insider.) Jomati identify three areas where firms are changing to meet the market:

Jomati reports that firms are taking these steps in response to client demand and to reflect shifts in the market as a whole. They also suggest that many firms are attacking these changes in a piecemeal fashion, partly because of resistance amongst partners.

This second point goes to the heart of the difference between partnership and a more corporate structure. Someone once described a university to me as being staffed with “people who think they are self-employed, and act accordingly.” Much the same is true of partnerships. Partners sometimes resent, and therefore resist, firmwide initiatives that they think undermine their own practices — especially when they also think their clients’ interests are at stake. In many situations, partners’ closer proximity to their clients will mean that their assessment of what is needed might be more realistic than a firmwide approach mandated from central management. More importantly in this context, partners with their clients’ interests at heart might take action to improve the way they work with clients in advance of the firm. Where some partners resist, others will want to be pioneers; partnership allows that possibility.

Recent history is littered with major corporations whose failure came quickly when the market moved on without them — common current examples include Kodak and Nokia. The reasons for those collapses are hard to disentangle, but they often include a failure to recognise and react to environmental changes. The monolithic nature of large corporations makes it hard for anyone other than a small group of leaders and senior managers to take the steps required to change the company’s direction. (Those at a lower level who see the future coming are usually best advised to leave altogether.) By contrast, partnership spreads power more widely. Even a fairly junior partner may have sufficient autonomy to change the way they and their junior colleagues work with their clients — introducing process improvements or changing resourcing models. If they are successful, the whole firm will be able to see and copy. That is the kind of change that Jomati reports seeing across the sector.

It is probably not a coincidence that two of the most significant law firm collapses after 2008 — Dewey & LeBoeuf and Halliwells — were brought about, at least in part, by actions taken by central management. They were probably, therefore more akin to corporate failures. Closer adherence to traditional partnership principles might have helped those firms weather the economic storm better than they did.

Partnership is not necessarily the only way to manage a law firm. It may not even be the best. But it has shown a degree of resilience that corporate structures may lack. On the other hand, the firmer direction that can come with a steeper corporate hierarchy can allow faster and more lasting change across the business. (Will that change always be positive?)